My interdisciplinary artistic practice is driven by my environmentalism and interest in nature. This series of woodcut prints takes most of its visual inspiration from the weeds growing around my yard. Orange hawkweed is one of my favourites: its petals range from dark red-orange to beeswax yellow. I’m drawn to its colour and unique floral architecture. Similar to a dandelion, orange hawkweed belongs to the aster family, and each flower head is actually an inflorescence made up of numerous miniature flowers crowded together.

I spent many hours examining these flowers under a light microscope, composing floral parts on microscope slides and squashing them together under glass cover slips. From there I would draw imagery onto my plywood with ink and brush, then carve my woodblocks. There are several abstracted forms that recur. First, the small petals of the ray florets that are evolutionarily fused into 5-lobed corollas called ligules. Second, the many tiny, curled, pollen-covered stigmas that crown the flower head, or capitulum. Third, little leaves from sphagnum mosses that accidentally showed up on some of my slides from my messy microscope workspace.

The title of this show came about when I was looking up the meaning and source of the word weed. Orange hawkweed is considered a noxious weed because it’s originally from Europe, and proliferates freely in disturbed areas. As an ecologist I know that invasive species can have disastrous ecological impacts. Throughout my biology career I’ve worked on various projects to control and destroy invasive plants in the name of biological conservation. However, I also question the language and rhetoric surrounding invasive species. Alien is a term used not just for non-native plants, but also for people: people who immigrate are sometimes called illegal aliens by those who wish to brand them. The word invasive conjures images of armies and war. We may need to manage a species like orange hawkweed in places, but the problem starts with how we alter the landscape.

My work is partly an ode to this flower, and the pertinacity and wildness of plants. More broadly it is about our ecological footprint, the different scales at which we can view our environment, and self-similarity in patterns in nature. The configurations in these pieces look curious and foreign on one hand, mostly because they derive from the microscopic world. On the other hand they contain almost-recognizable visual references: the shape of a tightly curled stigma is reminiscent of the furled frond of a young fern; the petals are like long fingers of an open hand. I hope that these prints feel both unknown and familiar, alien and earthly, wild and tenacious, like the plants that inspired them. 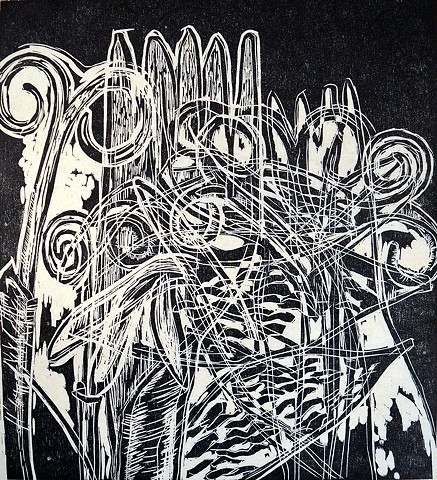 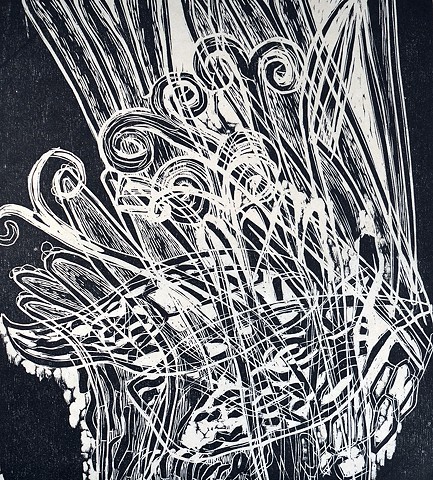 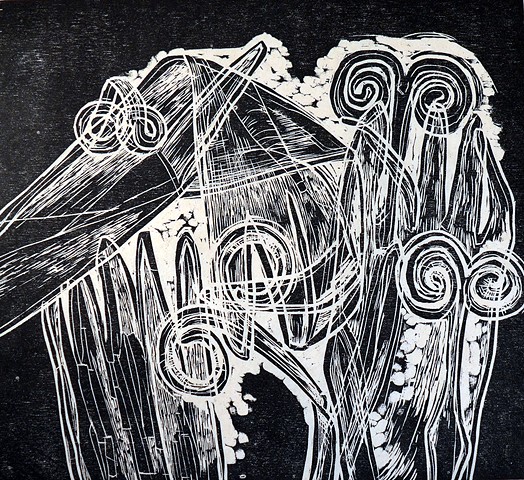 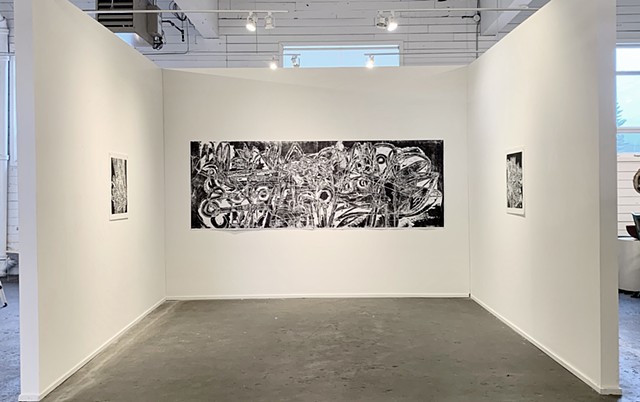 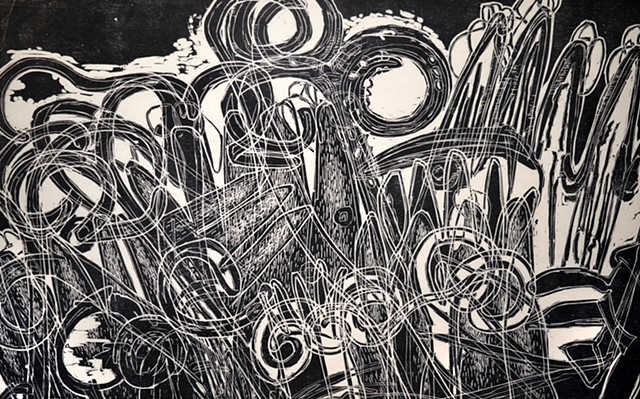 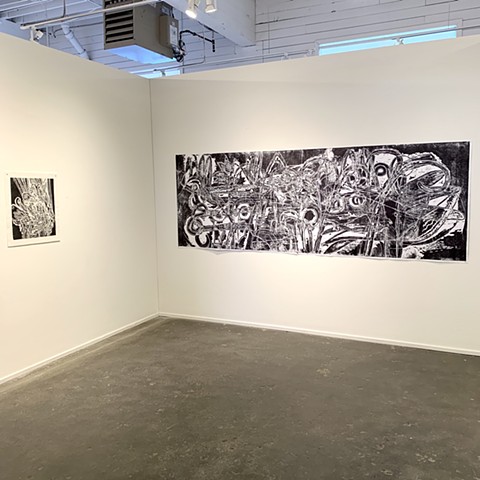 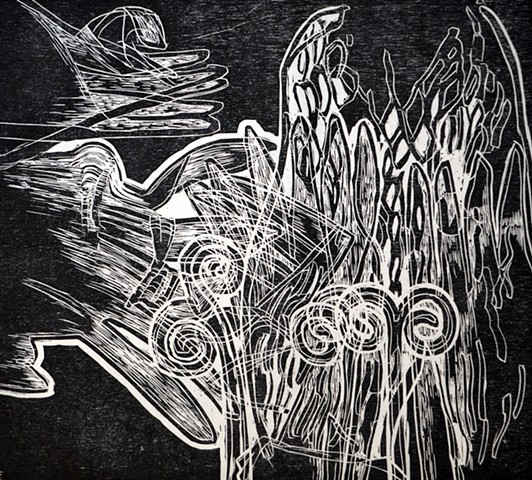 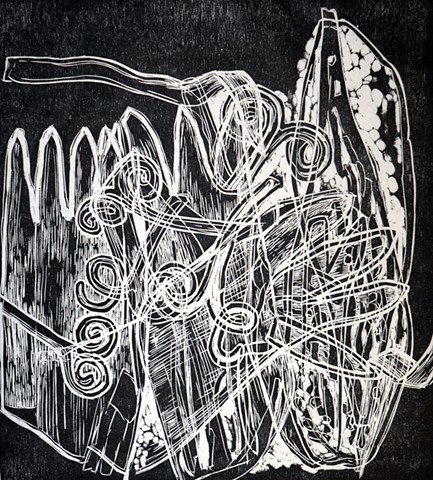 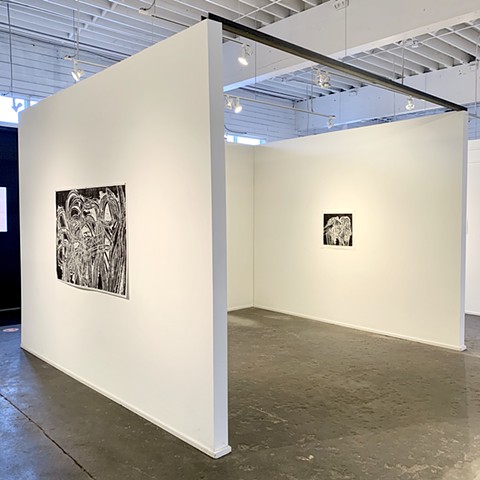 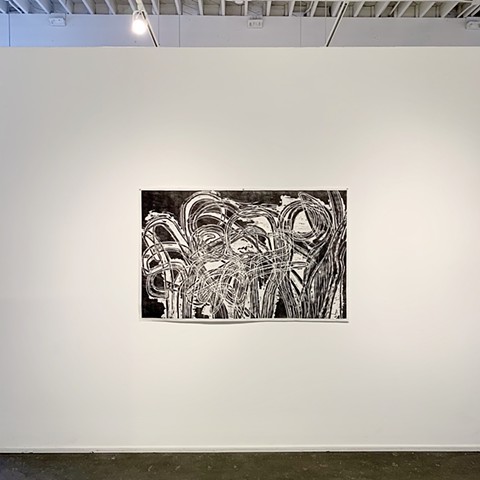 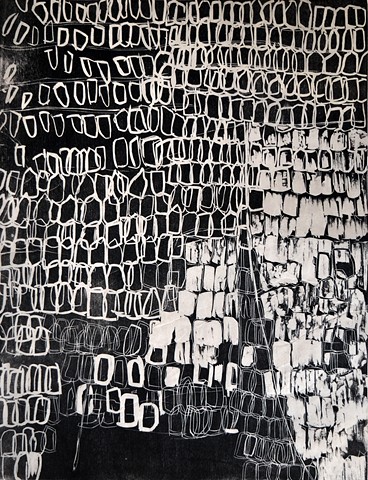 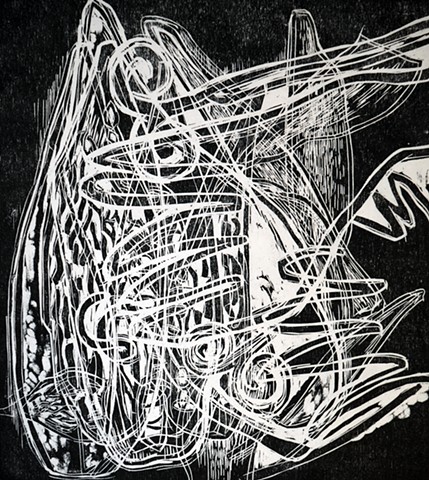 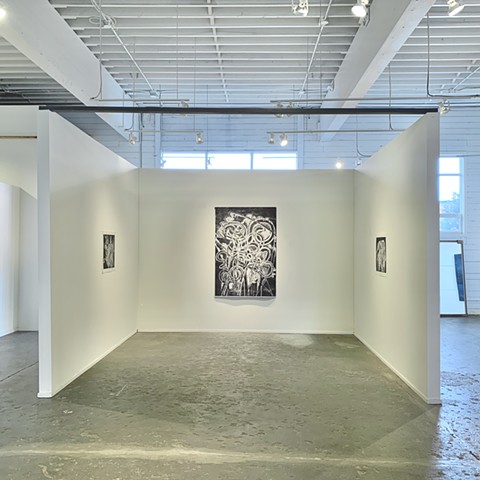 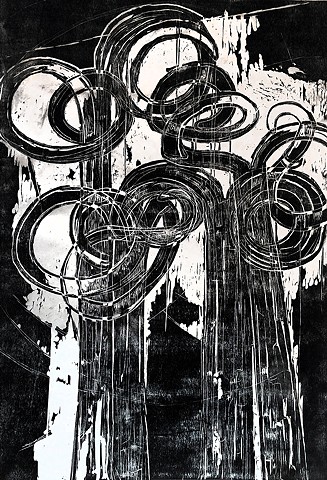 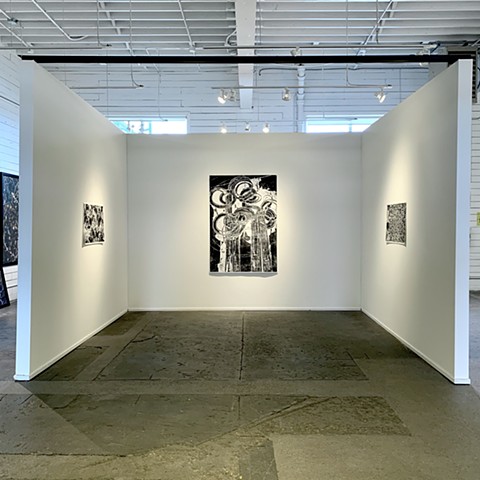 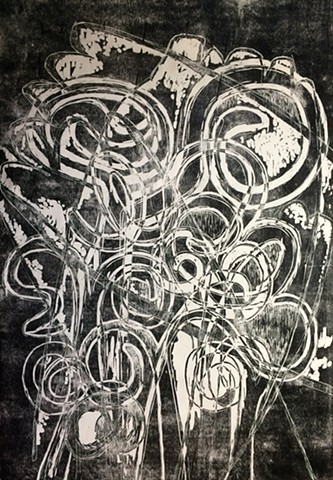 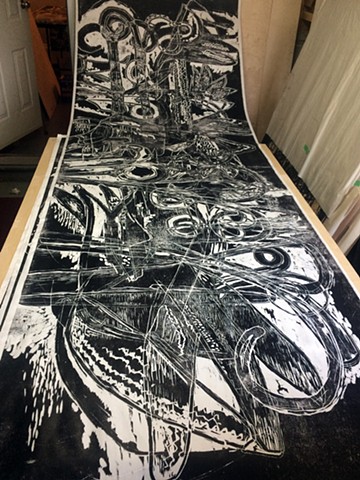 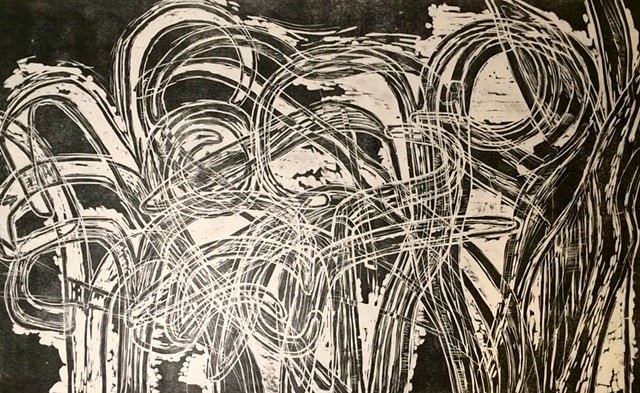 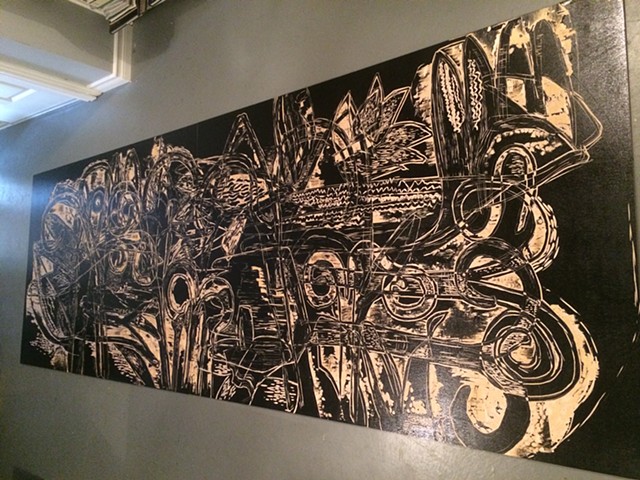