This series of large-scale woodcuts and animations started with the collection of a few found dead butterflies that my kids and I picked up on the road. In looking closer at individual scales from the butterfly wings under microscopes I was transfixed by patterns of three-dimensional dots and stripes on each small scale. I began reading about the form and function of these shapes and started a series of drawings and photographs of the nanostructures inside called gyroids. These three-dimensional structures, among other characteristics, in butterflies, refract light to create some of the colours we perceive.

The concept of self-similarity is found throughout nature. It's this idea that in looking at finer and finer scales of resolution, more and similar patterns will be revealed. This became a self-fulfilling prophecy in my woodcuts where patterns became repeated across the scales at which I was working. The grooves on the single scale of a butterfly wing at 400x magnification, and the imagined nanostructures a millionth of a mm in size, echoed the fibres of the oversize plywood and washi paper on which I was printing, and furthermore the relief lines I cut into the wood. In this way I feel like the imagery becomes an inherent part of the wood.

I titled this series “Duality” both in recognition of writer Ursula Le Guin, and as a reflection of my practice of art and science informing one another. Le Guin’s “Left Hand of Darkness” is about in part duality – the light and dark, making something whole, and the significance of feminism in the idea of balance.

The final pieces of work are meant to be open to interpretation. They are abstract, visual explorations, evoking imagery that could be biological, technological, futuristic, or otherwise.

This body of work was supported by the Alberta Foundation for the Arts. 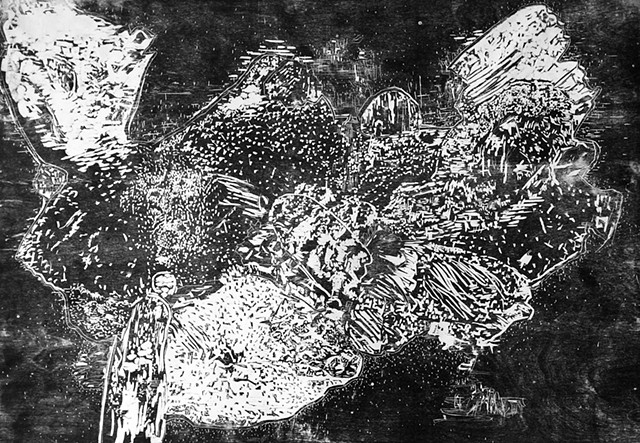 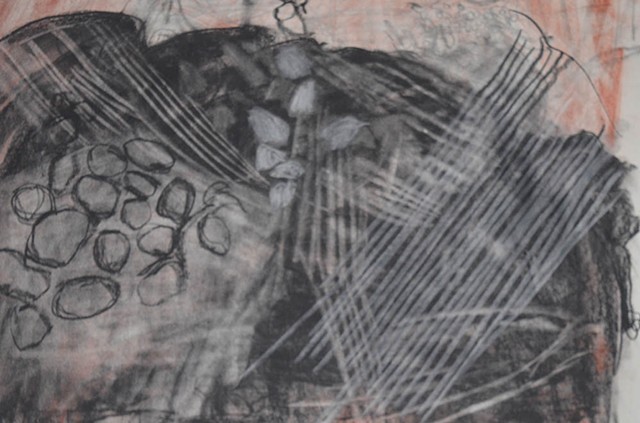